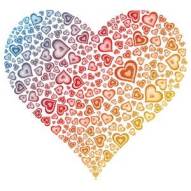 Relationships..so many of us say that we want to be in them, but yet, so few become involved in them. Maybe it’s because we have this open-door policy to be as a free as we can today. Or maybe it’s because we have become so focused on ourselves that we’re become limited into the amount of time and energy that we are willing to give to another person. Whatever the reason may be, it seems that it’s becoming more and more difficult to meet someone. We rely on technology to be our “absolute match- maker.” Some of us have relied on online pictures and bios to give us the hope that we may have felt was lost in the traditional way of meeting people.

Not that long ago, Cheyenne had met a Sam. She thought that he was a really nice guy. Easy to talk to, had a good job, was motivated; all the qualities that she was looking for in a person. She didn’t expect it, since she was meeting him for work. Although, Sam seemed to respond quickly and he responded to her messages quickly, however, as time went on, Cheyenne found that it was she that was making the calls and sending messages. Even his word became more about sour promises, as he told her they would meet over the holiday break. It never happened. She began to feel her heart sink. Sam would tell her that she was a great friend, and she was fine with that type of relationship. Except he never did anything to be a friend to her and she started to believe that she was cursed? That there was a dark cloud following her, or was it just meant to be that she was to stay single?

A few months had passed and Cheyenne continued to Facebook message Sam. It was the only way that she knew to keep in contact with and she hoped that he would really become a friend. Instead, Sam became nervous over their friendship and began to think that she wanted more.  She explained all that she could about herself to him and he immediately seemed to calm down. It wasn’t that she was too forward, but rather he never took the time to get to know her as a person. I hear these stories often with people. Easily, were the person becomes paranoid that a relationship may be in the works. When in reality it’s just about two people trying to build a friendship. I still couldn’t understand what Cheyenne was going through and then I reached out to a guy who was much younger than I was. I asked him what would make Sam act this way? He responded: “when guys have been hurt enough they shut down. They’ve been disappointed and hurt and they don’t want to go through it anymore.” I thought to myself that’s a good explanation. It was one that I hadn’t thought about. I told Cheyenne and she did know that many years ago, Sam had a very serious relationship. He had been living with Amber and when his work commitments had changed they broke up. Sam had moved back in with his parents and since that time he began to involve himself, outside of a few dates, in his work and a few close friends.

Sam wasn’t willing to open himself to allowing Cheyenne into his life. She realized that until he was willing to work on himself to allow new people in, she would always feel like an outsider.  I think many people today do the same, they keep people on the outside of their lives and they miss out on some really great people. I think the hardest part becomes the pain of not being allowed to get to know someone.  For some of us, we’re okay with letting thousands of people into our lives through Facebook and Twitter, but in person we’ve become limited.