I was walking out of church after service and a woman in her eighties came up to me. Sarah had been a member of our church for about fifteen years. My church is made up of mostly older couples, women who became grandparents at a young age. Sarah came up to me and complimented me. She had asked me how I was and what was new with me. I didn’t have any sparkling answers for her questions and instead I got the question: “So when are you getting married?” For a second I looked at her and gave her the answer that I had no intention, if ever, to get married anytime soon. She laughed off my answer and told me not to worry that it will happen to me. Really, that wasn’t the answer that I was looking for from anyone. When did it become a requirement that once we become adults that we become pressured to put our single self on a shelf to get married?

It’s anything but socially acceptable to make jokes or to put assumptions on a person to feel that all there is to life is to be married. It’s not okay to make a person feel different for being single. It doesn’t matter who you are or what you do for a living– there’s no excuse for that kind of behavior. Being single doesn’t change a person’s importance in life. In fact, jokes and assumptions about staying single isn’t helpful, instead it’s just the opposite. Expecting a marriage proposal to be heard is much the same as putting deliberate expectations and if the answer is no, their disappointment often follows.

Just the other day, a good friend of mine complained about not being married or having children in her forties. She has a good job, money in the bank, a new car, and her own home; yet she places her happiness on the fact that she isn’t a wife or mother. I often hear her tell me how depressed she is and how she’ll end up old and alone. When you think about it that way, it does sound horrible. But imagine thinking about it as a positive, being single isn’t always a bad thing. I hear from some of my married friends how they wish that they could do whatever they want and not have to compromise for another person. When you’re single you really are responsible for just yourself. There isn’t anything wrong with that and I think that whatever our situation is, married or single, there are those out there that wish to have the opposite status.

Yet, too often, I find myself explaining my choice to be single. Offering explanations to other people as to how could I possibly still being single, it’s what you’re supposed to do. Build a career and get married, but to expect that from people is ignorant thinking. I hear “Oh, you just haven’t found him yet?” or “Don’t worry it’ll happen to you. It just takes time.” I wasn’t worried and neither should you. There isn’t much that can be said to be more invasive outside of asking a woman about her marital plans.  Nothing outside of asking her why she doesn’t have children, or being overweight, or how her menstrual cycle is coming along. I often wonder if people would ever find it appropriate to ask a woman these types of intimate questions, questions so deeply sensitive. My guess would be no.

The reality is that such people have failed to recognize or consider that the process of getting married or finding someone worth the time isn’t always meant to be. It can be a painful and difficult journey. Trying to explain this thinking isn’t easy, since those who are married haven’t dated in quite some time. So the best solution I was able to think of to get this point across when asked why I’m not married is to answer them with this simple question: Why do you ask?

If they have the nerve to answer, it’s unlikely that the answer has anything to do with the woman who made the choice and it is more about them. In the same way that a woman being a married woman shapes a woman’s identity, so does her choice, involuntary or not, to remain single. 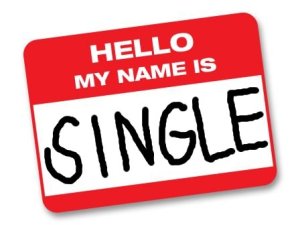